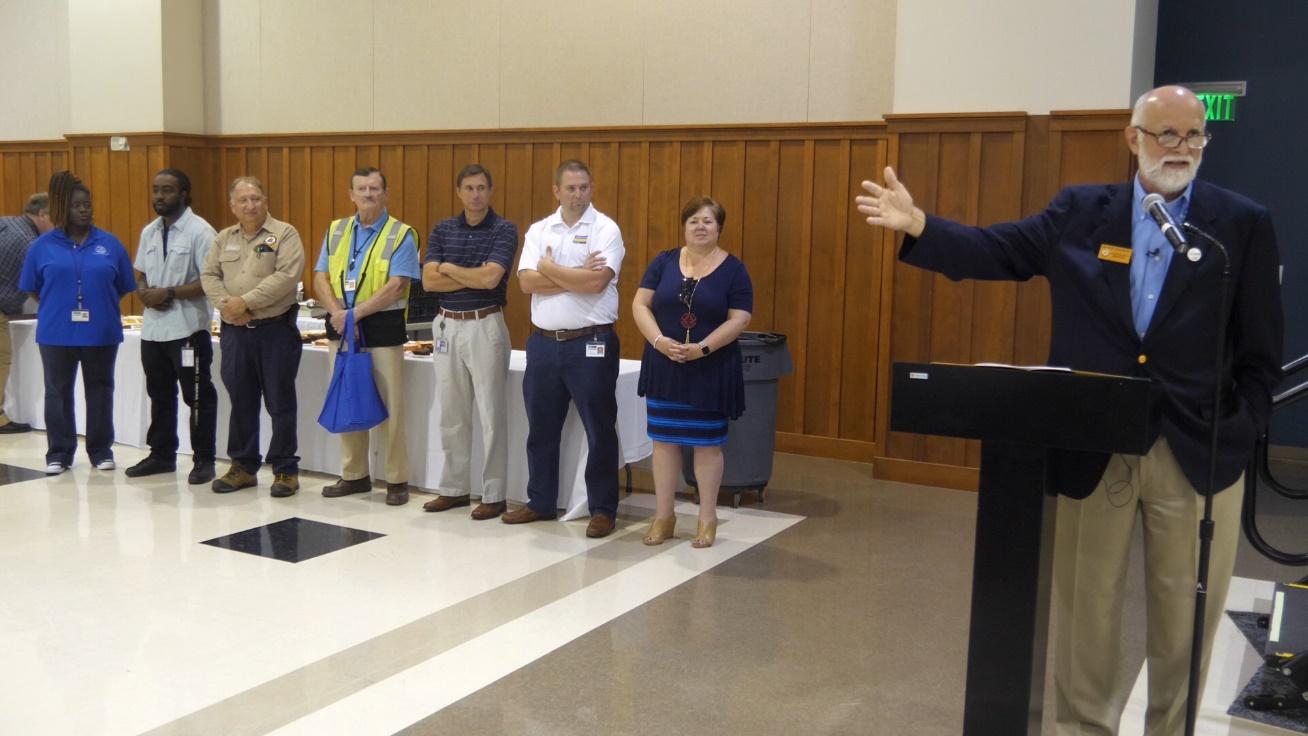 Caught in the Act is a recognition program within Union County Government in which employees nominate a colleague who goes above and beyond their job description to provide exceptional customer service. A committee reviews and selects a winner from the nominations each quarter of the year.

Wood received the Caught in the Act award in April of 2019. In the nomination, Transportation supervisor Brandon Earp wrote, “Richard arrived at a passenger’s home to pick the individual up for an appointment. Upon arriving, Richard was informed the passenger was in distress and unconscious. Richard immediately got on the phone with 911 operators and began performing CPR. He performed CPR for four minutes until emergency personnel arrived on scene. Richard showed responsiveness and his willingness to help someone in need didn’t go unnoticed.” 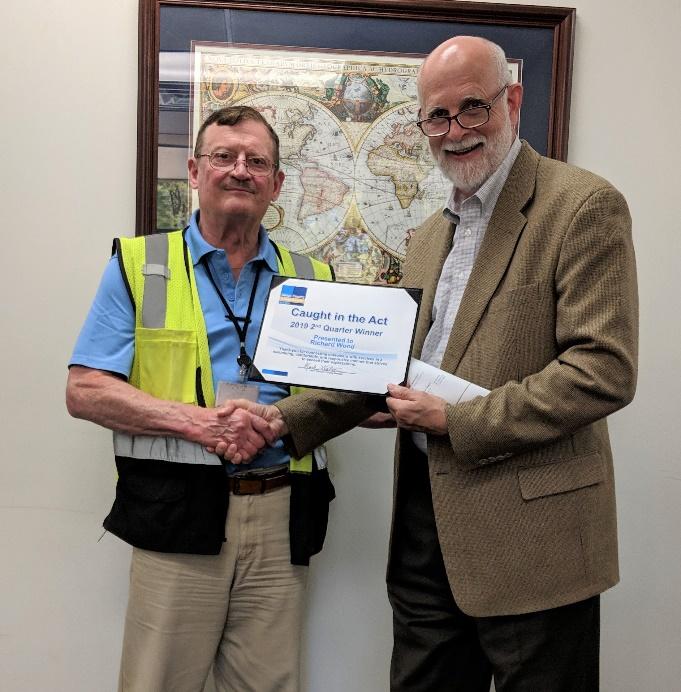 Wood is one of four County employees who received a Caught in the Act award in 2019.

Department of Social Services employee Tya Wood was awarded in the first quarter for working after hours to help a family find a shelter following a domestic violence situation. 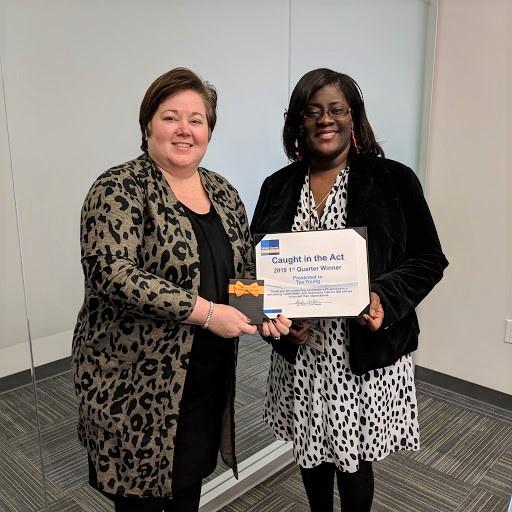 In the third quarter, Public Works employee Paul Trexler was recognized for saving the County more than one million dollars by learning a system at the 12 Mile Water Reclamation Facility to correct a problem. 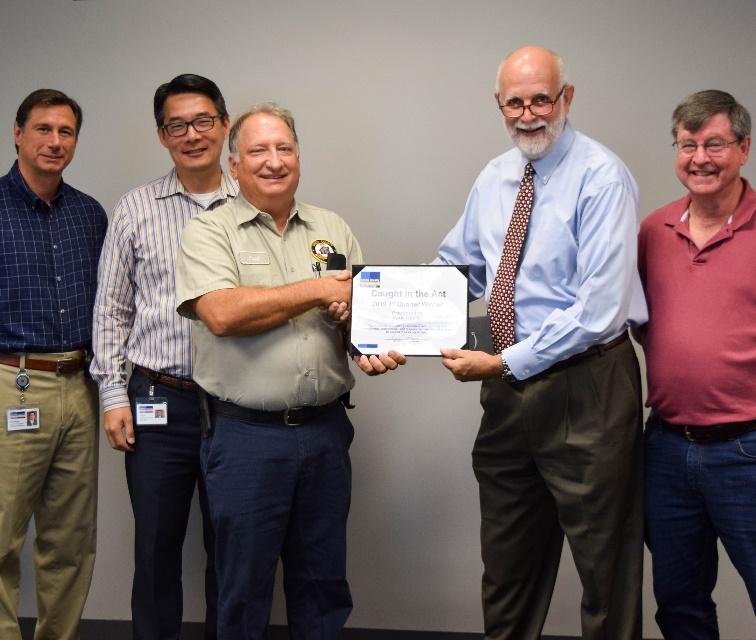 The Caught in the Act recipient for the fourth quarter was Human Services employee Dajour Hayes, who received numerous nominations for excellent customer service. He consistently goes above and beyond expectations to help families at the Human Services building; whether it’s helping a new mom carrying a car seat or helping a woman suffering an asthma attack by getting her a chair and water. 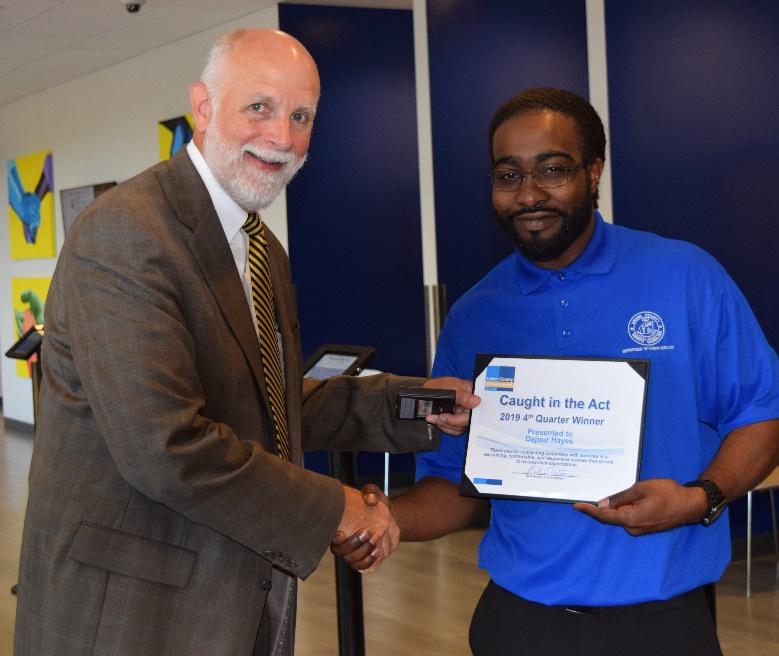 “All four of this year’s Caught in the Act recipients were certainly deserving of receiving the top award for the year,” said County Manager Mark Watson. “Ultimately, the fact that Richard Wood kept his cool and took care of his customer during a life threatening event was the reason the Management team is awarding him the 2019 Caught in the Act award.”

“We can’t thank all of our employees enough for everything they do to improve the lives of Union County residents daily,” said Deputy County Manager Michelle Lancaster. “They put their heart into their role and recognize the importance of our customer service standards.”

Any Union County employee may recognize the work of another employee in his or her division with a Caught in the Act nomination. Recognition categories align with Union County’s customer service standards; which include being knowledgeable, empathetic, trustworthy, a problem-solver, responsive and open-minded.